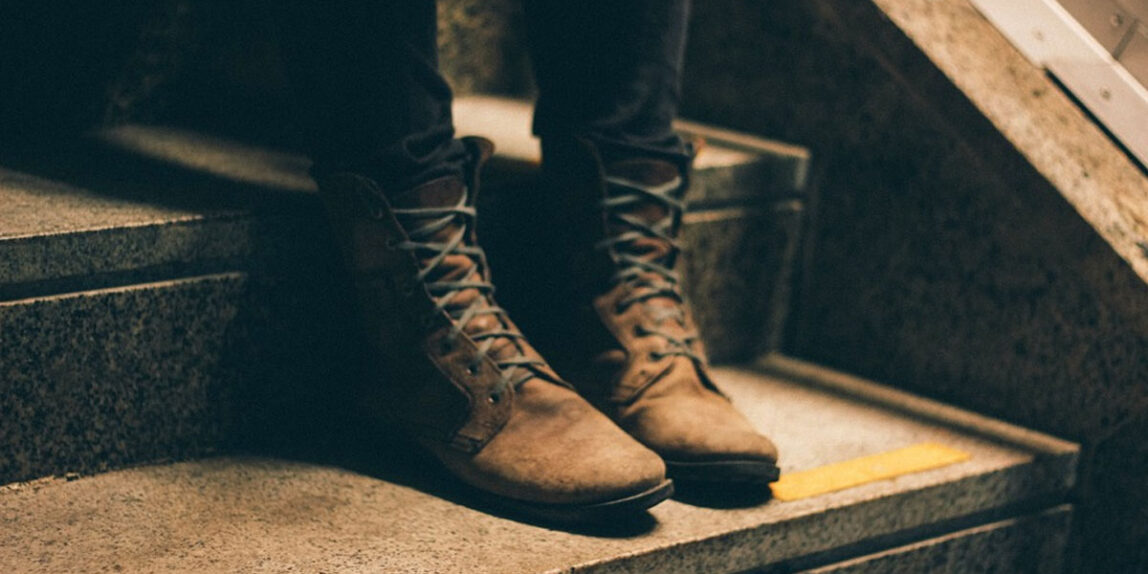 There are several reasons to choose to create a hidden knot: for some it may be more practical, as it is more difficult to dissolve, blocked by the pressure of the foot on the other strings; others may judge it as unsightly and unpleasant to see, probably those who are less practical it its realization and so decide to hide it; or others prefer to give a symmetrical and well-disposed tone to their shoes by simulating an artificial appearance of order. The hidden knot is created underneath the strings corresponding to the space between the first and the second loop, a concealed area where it would be blocked by the pressure of the foot on the lining.

The shoe with the hidden knot always assumes a more elegant and classic tone, distinct even when talking about sneakers or sports shoes, great to prevent it from unfastening without warning. The method necessary to carry it out at the best is very particular but also different depending on if it has to be made on a shoe with a number of odd or even loops. It is much easier to do it on the first number of eyelets, because it is necessary that the right and left-side strings go hand in hand.

To obtain a perfect hidden knot it is good to start from the bottom, allowing the two ends of the laces to pass through the two respective sides of the last eyelet. Then proceed with taking only a flap of the two and bring it to the loop immediately above the one on which it has just passed, with a simple result: we will have two pairs of loops occupied in horizontal and both ends of the strings on the same side, one on top of the other. Proceed keeping the same distance between the two laces, making sure that one at a time a loop is skipped to cross the next one horizontally and tightening the shoe, moving in synchronicity two levels at a time. At the end, fasten it all with a classic knot immediately under the lining.

In case the number of your eyelets is odd it will be necessary to resort to a series of more or less simple tricks, the important thing is to always meet at the end with both ends on the same side to the last and penultimate eyelet.